Eurail Group GIE, the organisation dedicated to the management of the Eurail and Interrail products, and Eurail.com, the official online sales channel of the Eurail and Interrail Passes have joined forces per August 2019. The company will operate under the name Eurail B.V.. The new organisation will continue its commitment to improving services to its customers, distributors, sales agents, members and partners. Eurail aims is to create connections for travellers of all ages from all over the world to give them a unique experience of Europe.

Eurail Group GIE. was established in 2001 to take on the management, marketing and distribution of Eurail and Interrail Passes. Eurail.com, established in 2006, was the online sales channel and subsidiary of Eurail Group. Both companies reported to the same board representing more than 35 European railway and ferry companies that participate in the Eurail and Interrail Passes. 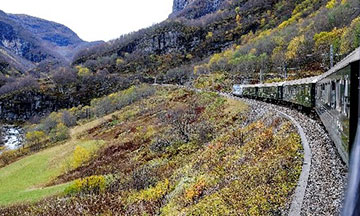 Collectively, the two companies have been undertaking more strategic projects and investments than ever before. These include a shift to a new e-commerce platform, a self-service reservations system, a new mobile app for customers and the opening of train pass distribution. To meet sustainable growth objectives for Interrail and Eurail and to increase organisational effectiveness, Eurail Group and Eurail.com, together with their board, aim for total strategic alignment between both companies and the entire member community to address market challenges.

The integration of the two companies does not have any consequences for the current co-operation with shareholders and participating carriers. The focus of Eurail will be on the growth of the total sales of Eurail and Interrail Passes. Similarly, the organisational change will not affect the rail passes, which remain available for purchase from the same trusted distributors as before. 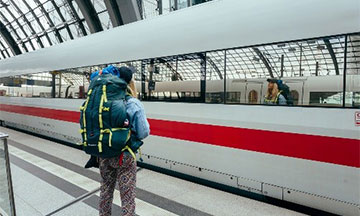 To ensure business continuity of all ongoing activities, the new leadership team consists mainly of managers who already held a management position in either Eurail Group or Eurail.com. Carlo Boselli was appointed by the board as General Manager of the new organisation. He formerly held the same position at Eurail Group GIE.

Carlo Boselli, General Manager at Eurail: “Eurail and Interrail both have a long history, and millions of people have travelled Europe by train with an Interrail or Eurail Pass over the years. I am confident that by combining the expertise of Eurail Group and Eurail.com in one new organization, we will be able to further expand our community of travellers.”

Eurail gives travellers from all over the world the opportunity to experience flexible, borderless travel across Europe. With a Eurail or Interrail Pass (for non-European and European citizens respectively), travellers of all ages can use an expansive network of train and ferry connections to travel in up to 31 countries. Eurail and Interrail Passes are available via the Eurail.com and Interrail.eu webshops, as well as via an extensive network of trusted distribution partners worldwide. Eurail B.V. is owned by over 35 European railway and ferry companies and is based in Utrecht, the Netherlands. For more information, visit www.eurail.com or www.interrail.eu.