The most beautiful castles in Europe

There’s something quite magical about standing at the entrance to one of the grand castles in Europe. Maybe it’s because of their sheer scale and beauty – the knowledge that it took vast teams of workers dozens or hundreds of years to complete, in an age devoid of the technology that surrounds us today. Or maybe it’s the anticipation of what awaits you inside, combined with the unique opportunity to travel back in time and imagine life as it was many years ago.

One thing is for certain, however – Europe knows how to do castles. If you’re looking to explore the most fascinating and unusual European castles, consider starting with these.

As its name suggests, Pena National Palace is technically more a palace than a castle. But thanks to architect Baron Wilhelm Ludwig von Eschwege’s interest in castles along the Rhine, Pena’s design and construction are reminiscent of many castles in Europe.

This brightly colored palace sits high in the Sintra Mountains, and it is as impressive inside as it is out. The 360-degree views across the valley, towards the Atlantic Ocean and down over the town of Sintra, give this unique corner of Portugal a distinct fairytale feel. 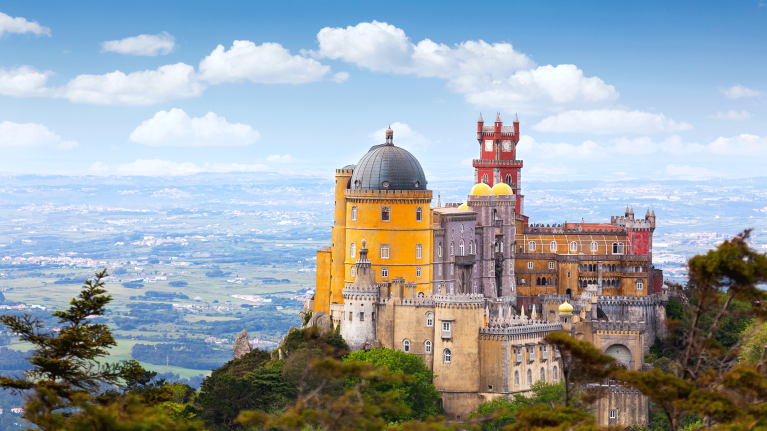 Insider tip: Sintra is packed full of fascinating castles and attractions. Don’t try to visit them all, and don’t be tempted to walk between them. Pick one or two that interest you, and purchase a round-trip bus ticket on arrival to save on time and money.

How to get there: There are regular trains to Sintra from Lisbon, and the journey takes approximately 45 minutes. Once in the town of Sintra, buy a bus ticket to get you to the Pena National Palace and other attractions. 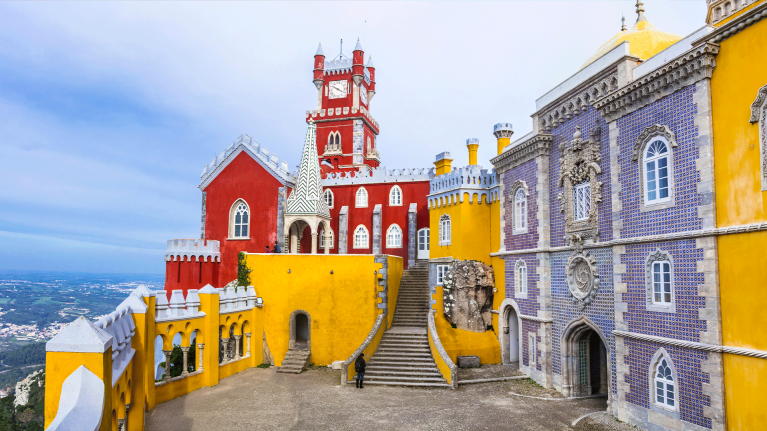 Mont Saint-Michel attracts more than 3 million visitors to its gates each year, which makes it one of the most popular castles in Europe. Unlike many other French castles, Mont Saint-Michel started out as a monastery, rather than a strategic building or defensive structure. Its unique location – some 650 yards from land – also adds to its mystery and allure.

At low tide it may seem as if you can take a comfortable walk along the sandy bay to reach Mont Saint-Michel. But it’s not unheard of for visitors to fall victim to the deep mud and dramatic tide that whips in around it, turning the seemingly accessible estate into an eerily isolated, albeit somewhat palatial, island with just a single entrance road. 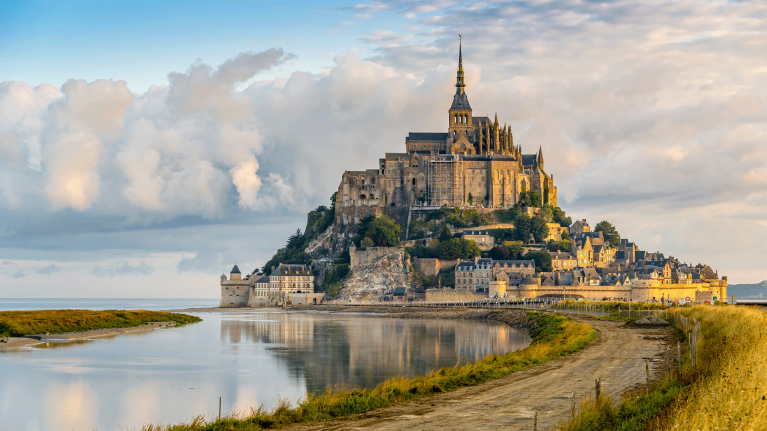 Insider tip: Pack a good pair of walking shoes and plenty of water. The only way to get around the castle is on foot, and you can expect some stairs along the way.

How to get there: If coming from Paris, take the TGV from Gare Montparnasse to Rennes. From there, you can take one of four daily 90-minute bus rides to the island. The bus station in Rennes is at the north exit of the train station. 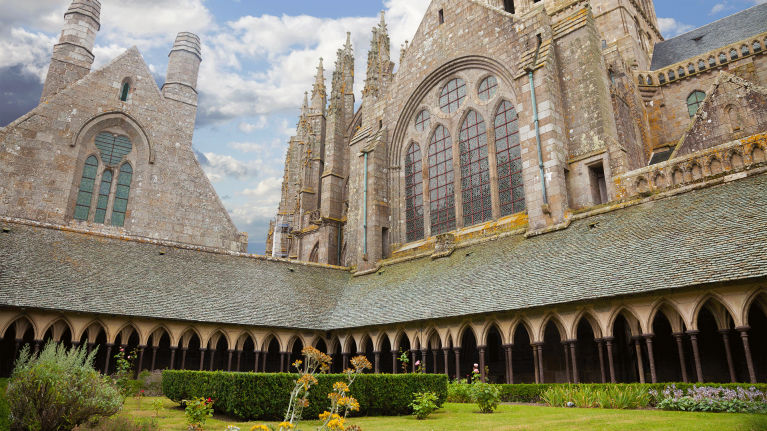 Most people know Bran Castle as Dracula’s Castle. Though its links to the fictional character are not as strong as much of the marketing material will have you believe, it’s still one of Eastern Europe’s most fascinating castles. The interiors may be slightly underwhelming, but the views and photo opportunities from the exterior and on the grounds are well worth the visit.

Bran Castle dates back to the late 1300s, and over the years it’s served many different purposes, from defensive structure through to a royal residence in 1920. The castle has only been open to the public since 2009. Today you can tour the fascinatingly eerie grounds and explore several rooms either with a tour guide, or on your own – if you dare. 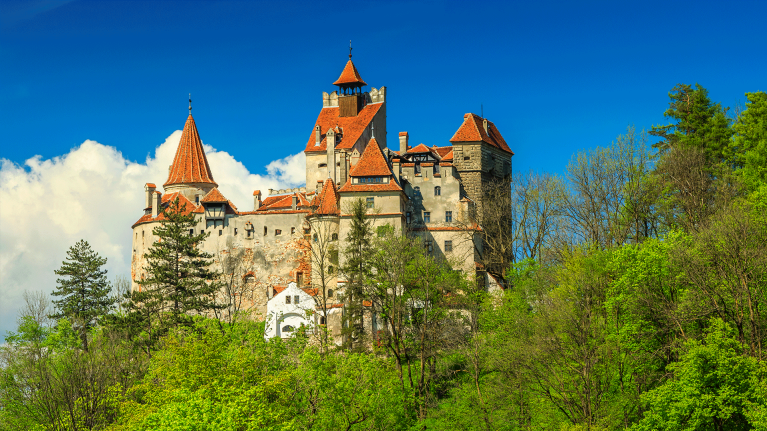 Insider tip: Keep an eye out for the deep dungeon that dates back to 1625 and the secret passageway.

How to get there: The nearest train station is in Brasov – a 3.5 hour train ride from Bucharest. Once there, you can take a bus or taxi to Bran. Buses leave every 30 minutes during the week and every hour on weekends. 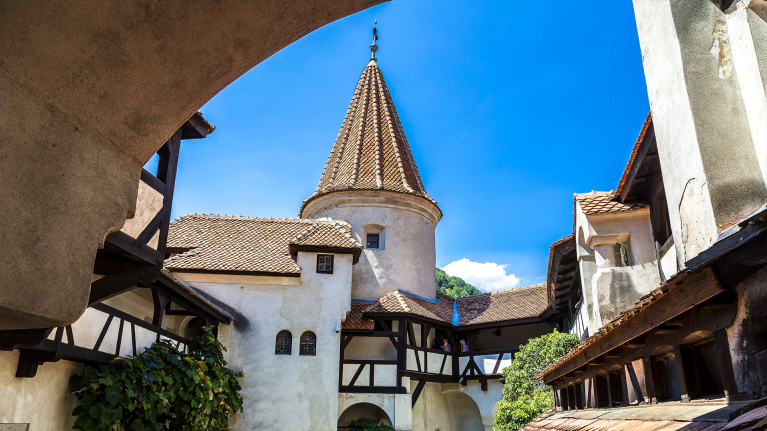 Neuschwanstein Castle is one of the most recognizable castles in Europe, if not the world. This iconic 19th century Romanesque revival palace in southwest Bavaria sees more than 1 million visitors each year. It started life as a rather lavish personal retreat for King Ludwig II of Bavaria, but it’s been open to the public since his death in 1886.

The views of the castle are almost more impressive than the views from the castle, and many tourists clamber up the surrounding hills, or take a ride in the nearby Tegelbergbahn cable car, to get those Instagram-worthy shots of its exterior. 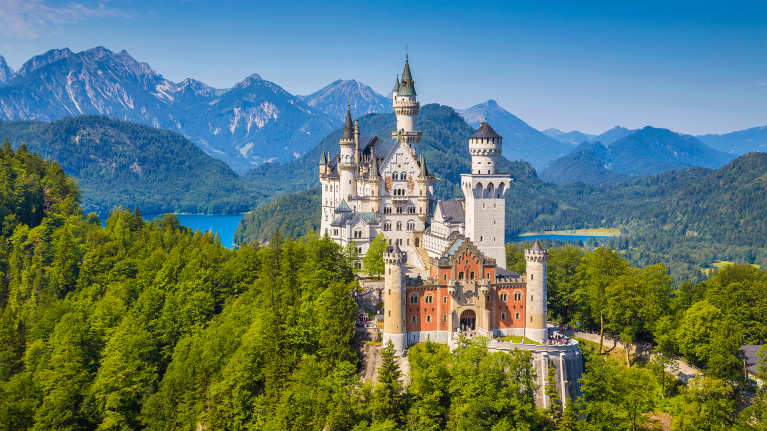 Insider tip: If you’re after the best exterior views and photographs of the castle, consider taking a ride in the cable car, and planning a trip around spring, when you may be lucky enough to have perfect weather and the perfect backdrop of snow-capped peaks.

How to get there: Take the train from Munich to the town of Füssen. There, you’ll need to take bus 78 which will take you to either the base of the hill, or to the cable car. 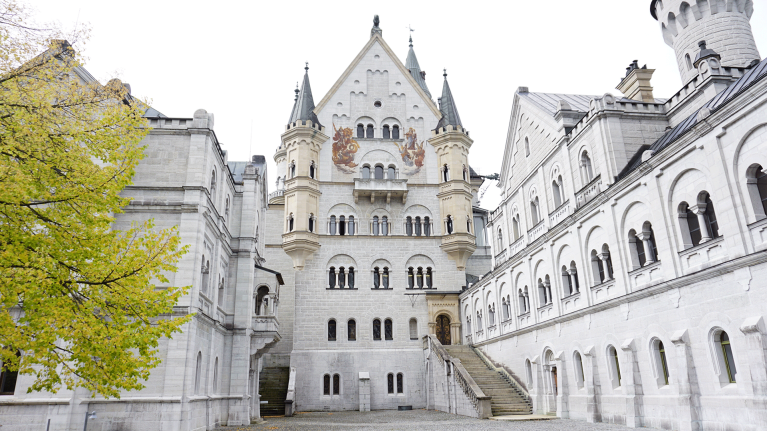 Europe is packed full of the most spectacular and unique castles, and you can get close to many of the most inaccessible of these by train. There’s no better way to journey back in time than by spending a day walking through ancient castle grounds or admiring stately living quarters from a bygone era, so be sure to include at least one iconic castle in your next Eurail trip.

With Eurail you can travel all over Europe, to over 40,000 destinations. Check out our example itineraries and get inspired for when you can travel in Europe again.

Let the locals from the Eurail Community Hub inspire you. Their insider tips will take your next trip to a higher level.

Tips from the community

Travel tips from our community

Travel tips from our community