Your Eurail Czech Republic Pass will give you access to a true rail adventure. The charms of Prague (Praha) are known the world over, and the entire country will amaze you with its rich history and beautiful nature. Hop aboard and see what awaits you on your Czech rail adventure.

Train types in the Czech Republic

Czech Railways or České dráhy or (CD or ČD) is the main railway operator of the Czech Republic.

The train is a common means of transportation in the Czech Republic. Most Czech cities, towns and many villages have train stations. They are interconnected well enough to make train travel a convenient way of getting from one place to another. International train services to the Czech Republic run from most points in Europe, with direct connections from Slovakia, Poland, Germany, Switzerland, Austria and Hungary.

LEO Express  is a private rail company that operates out of the Czech Republic and Slovakia. They operate on many popular domestic routes, and do not require reservations. Their most popular routes are from Prague-Prerov-Stare Mesto/Ostrava-Bohumin-Kosice and also Stare Mesto/Kosice-Bohumin-Ostrava-Prerov-Prague.

RegioJet is a private rail company that operates on major routes in the Czech Republic, as well as international routes connecting Prague to Slovakia and Austria. RegioJet operate long-distance trains on lines Prague-Olomouc-Ostrava-Tatry-Košice; and Prague-Brno-Vienna / Bratislava. A RegioJet bus also connects Ostrava to Poland (Katowice and Krakow).

Please note that your Eurail Pass is not valid on trains operated by GW Train.

Categories of Czech trains from slow to fast:

Prague is the main railway center. The most important train stations are:

Both are serviced by line C of the city metro system.

Most domestic trains in the Czech Republic do not require seat reservations. Exceptions:

See the reservation fees for domestic trains. Reservations can be made at a train station or through the Czech railways eShop.

From Prague airport there are bus connections to Prague's public transport system or the Airport Express Bus to Prague's main station. Eurail Passes are not valid on the bus.

For questions about Eurail, visit the international ticket office at Prague Liben station (Praha Liben). It is open daily from 06.00 – 20.50. See the page for more Aid Offices in Europe.

Spelling of cities of the Czech Republic

On Czech train timetables and at train stations in the Czech Republic, you'll usually find the local spelling of Czech cities and stations.

Here is the local spelling of some popular Czech cities:

Use your vacation to discover the Czech Republic by rail.

Explore the Czech Republic and up to 32 other Eurail countries.

Benefits in the Czech Republic

Bus travel to Germany or France

With a Eurail pass valid in the Czech Republic you get free travel (pay only for the reservation) on the following bus routes:

See all pass benefits for the Czech Republic

More about the Czech Republic

Places to visit in the Czech Republic With nearly 500 different kinds of beer, it’s no surprise that it’s the Czech national drink. But you may be surprised to learn that Plzeň is the birthplace of Pilsener beer. While in the Czech Republic, be sure to sample some of the world’s finest light and dark ales, and tour the breweries of Plzeň to see where it all began. Plzeň was built at the convergence of four rivers, so there’s plenty to do outdoors too. 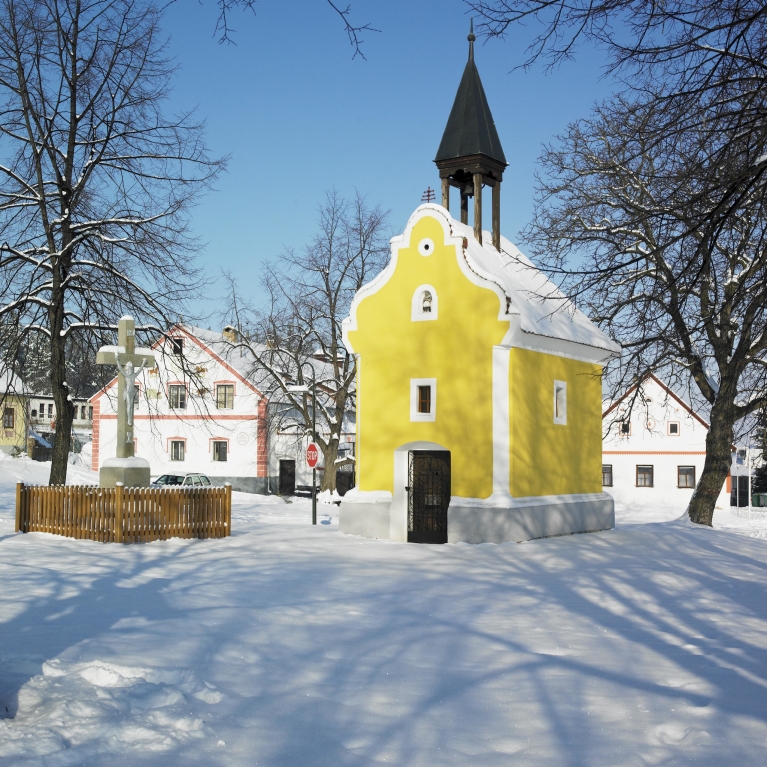 Don’t miss Holašovice, a 13th century South Bohemian village, where two dozen farmhouses feature lovely gardens and beautiful Baroque architecture. If you like seafood, this is also the place to be. The pretty town of Český Krumlov, also located in the South of Bohemia, features 300 historical buildings and is home to many festivals, including the International Music Festival and the Festival of the Five-Petalled Rose.

Český Krumlov has only one train station. From there, you should be able to reach the sights on foot, or with a taxi. 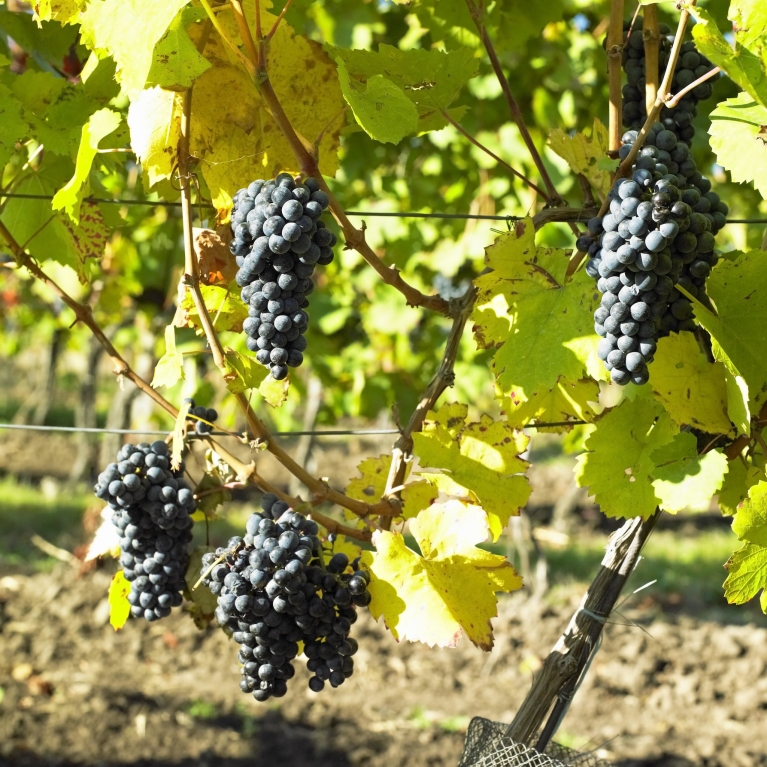 The town of Kroměříž in Central Moravia is nestled at the foot of the Chřiby hills. Be sure to see the well-preserved Baroque chateau and its lovely gardens. The wines of the Czech Republic are well worth exploring. And Southern Moravia, with its extensive vineyards and lovely hillsides, is also great for cycling, hiking and sightseeing. Don’t miss White Carpathians Biosphere Reserve (Bílé Karpaty).

Take the train to the Luhačovice station, and you’ll be within walking distance of the entrance to the Biosphere Reserve. 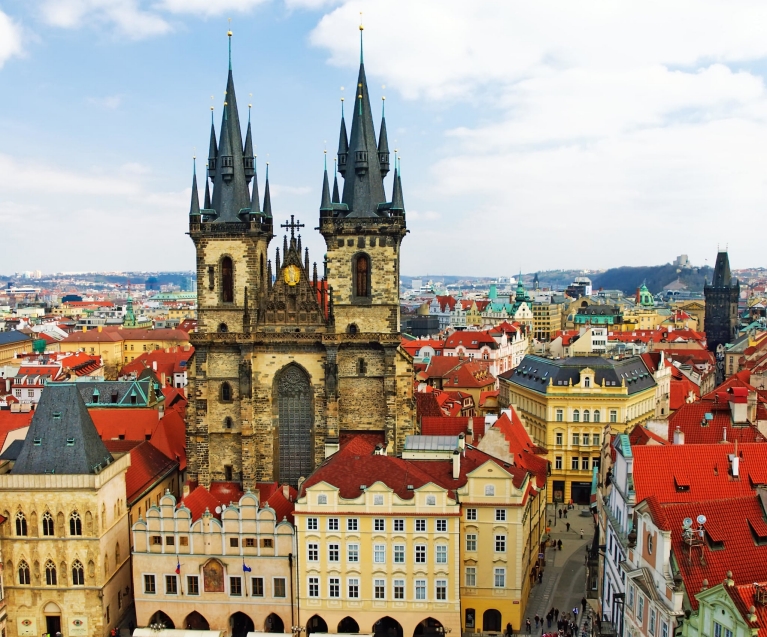 The Czech capital of Prague (Praha) is one of the most stunning cities in the world. In fact, the city’s historic center is listed as a UNESCO World Heritage Site. From Wenceslas Square, the heart of modern Prague, to Prague Castle, the largest ancient castle in the world, the city is teeming with attractions to entice any traveler. Cruise the Vlatva River – especially at night – to see the sights at their best.

From Praha Masarykovo nádraží station you can get to the outer edge of the historic old town in Prague. 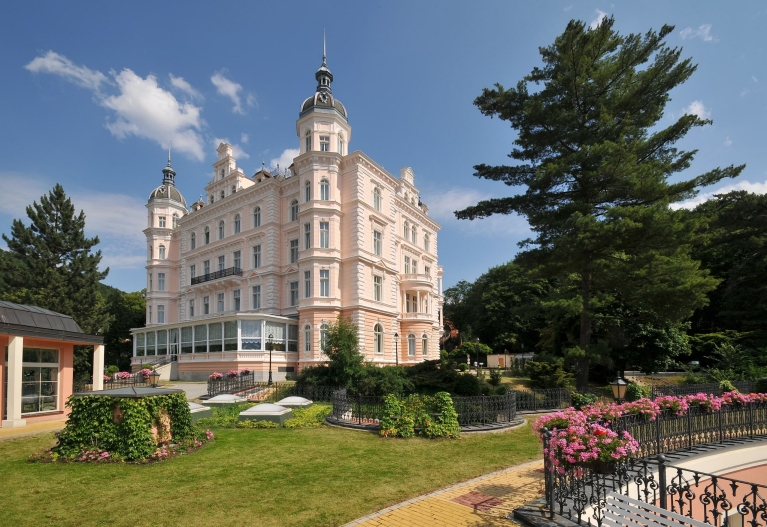 The Czech Republic has three world-famous spa towns: Carlsbad (Karlovy Vary), Marienbad (Mariánské Lázně) and Franzensbad (Františkovy Lázně). Relax and unwind, and when you’re done, be sure to visit the areas’ historical sites, including the stunning castles and chateaus. Hundreds of years of history are alive and well in these charming towns.

From station Františkovy Lázně, it is less than 10 minutes to the Aquaforum spa and bathhouse.

The Czech Republic in images 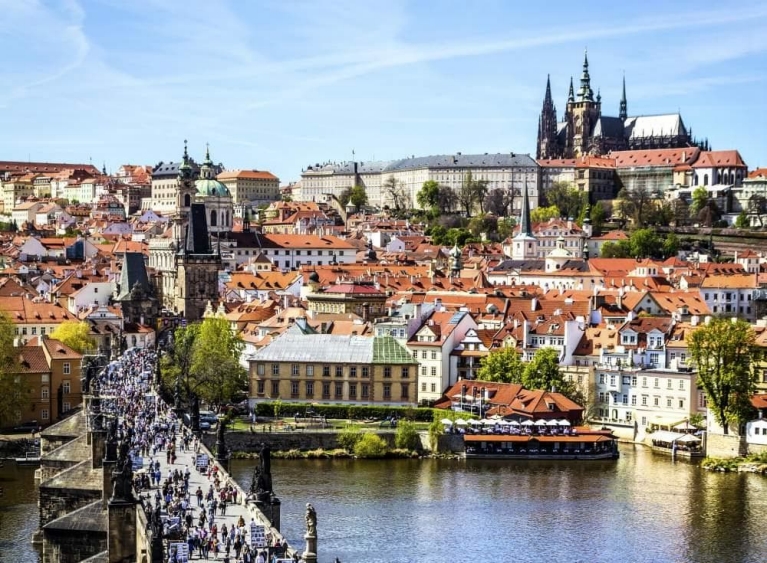 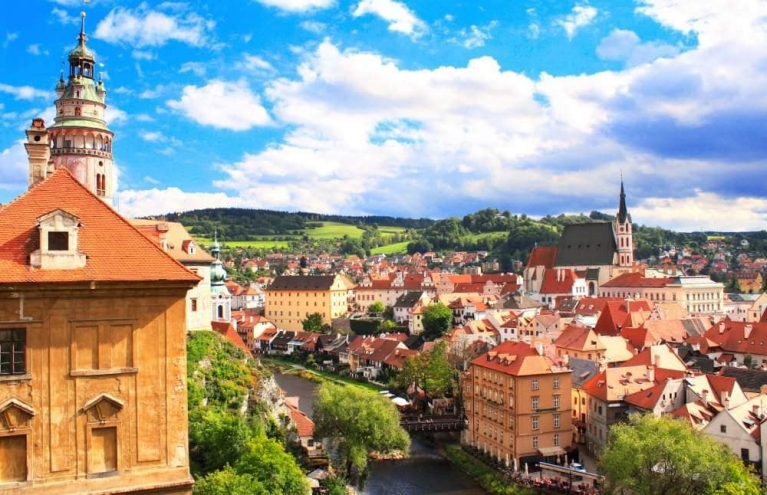 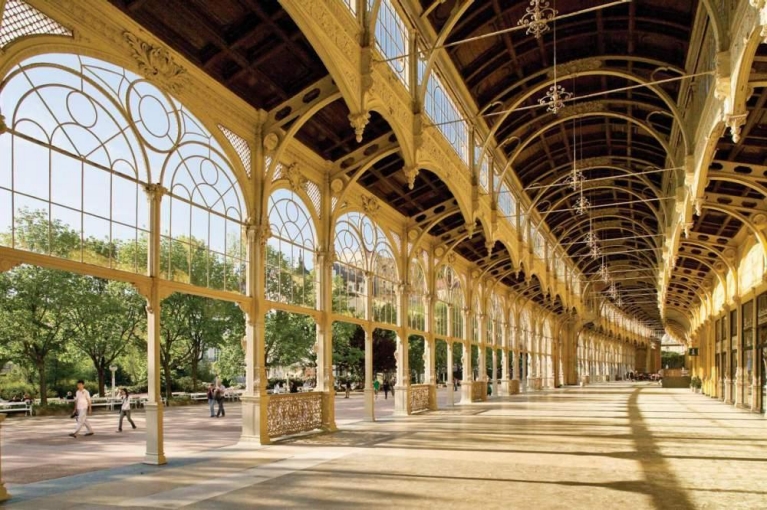 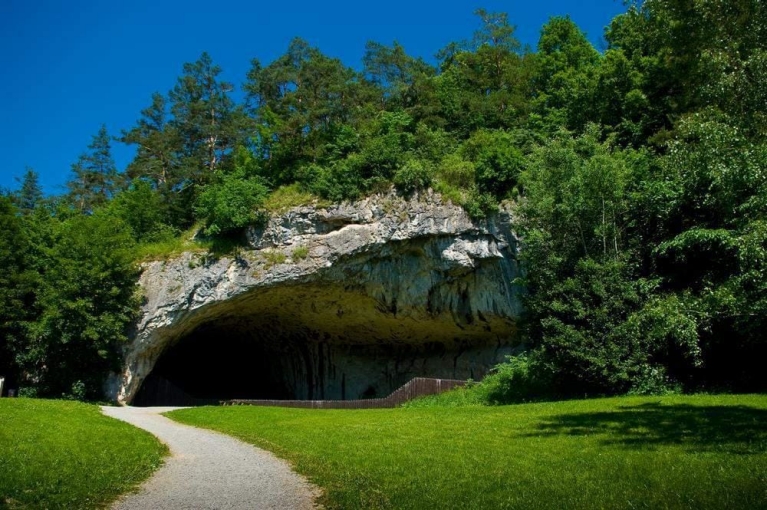 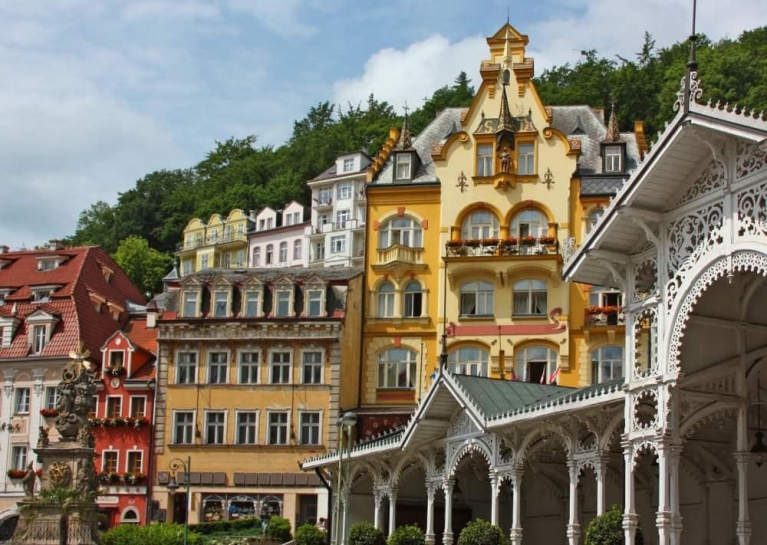